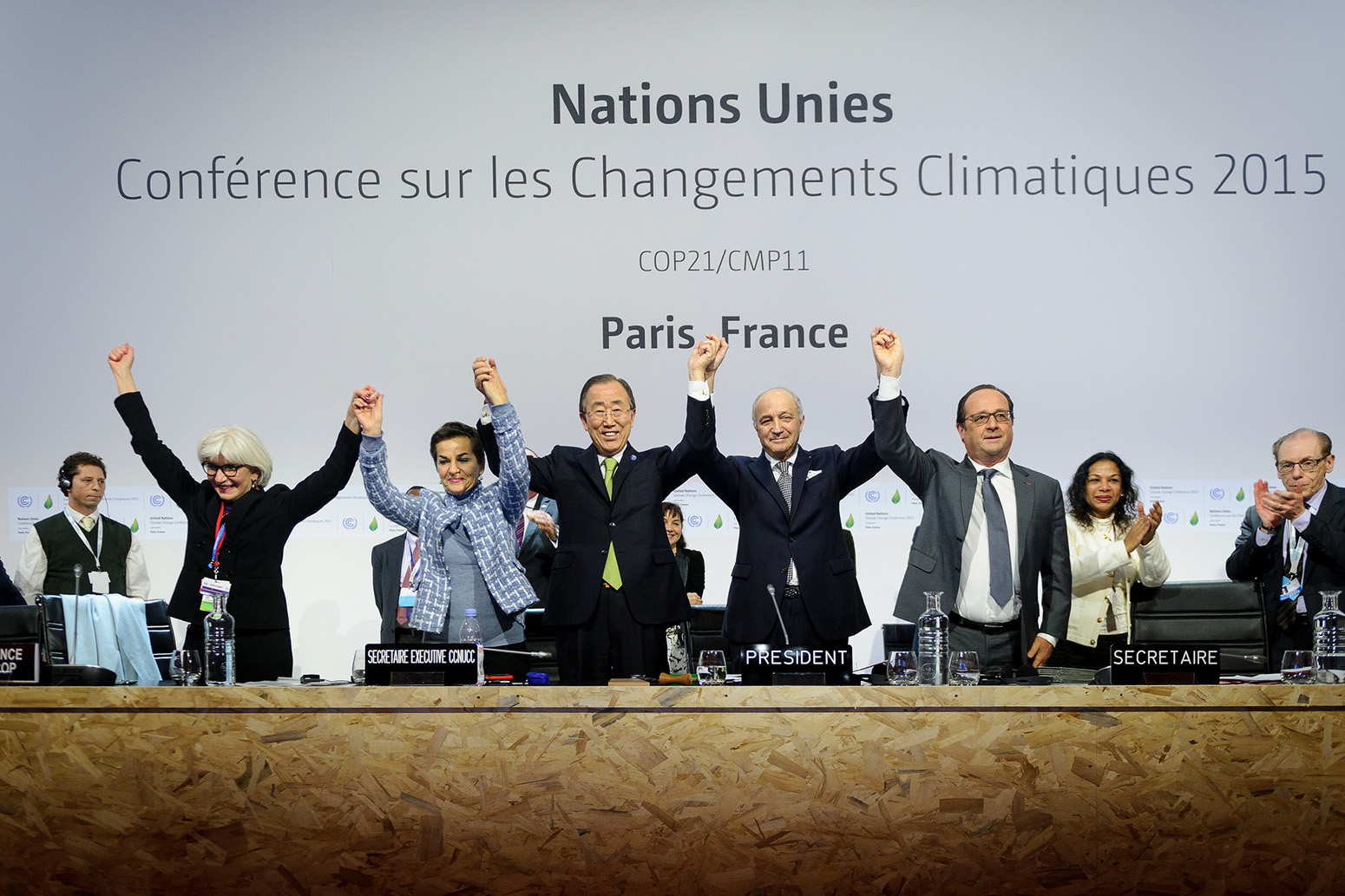 Policymakers involved in climate change negotiations are key users of climate science. It is therefore vital to understand how to communicate scientific information most effectively to this group1. We tested how a unique sample of policymakers and negotiators at the Paris COP21 conference update their beliefs on year 2100 global mean temperature increases in response to a statistical summary of climate models’ forecasts. We randomized the way information was provided across participants using three different formats similar to those used in Intergovernmental Panel on Climate Change reports.

In spite of having received all available relevant scientific information, policymakers adopted such information very conservatively, assigning it less weight than their own prior beliefs. However, providing individual model estimates in addition to the statistical range was more effective in mitigating such inertia. The experiment was repeated with a population of European MBA students who, despite starting from similar priors, reported conditional probabilities closer to the provided models’ forecasts than policymakers. There was also no effect of presentation format in the MBA sample. These results highlight the importance of testing visualization tools directly on the population of interest.